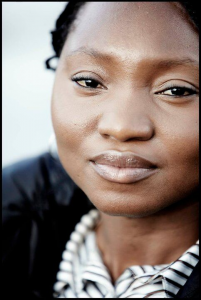 Global Africa Business Club is a private network club made up of 1% crowd who trade in-country, regionally and overseas.  Our philosophy is embedded in the pan-African globalisation.  At the heart of pan-Africanism is strengthening the bonds between all people of African descendent.  In Southern Africa we call this “Ubuntu.”  Globalisation is an process of integration between people, companies and government worldwide.  By combining both the process and ideology GABC seeks to strengthen all African people, all African governments and all African businesses through a process of commercial integration that transcends all regional and international borders through collaborative efforts with key stakeholders entrusted to the development of realizing Africa’s potential.  GABC has identified three strategic focus areas that are our channels of this initiative:

On the 27thSeptember GABC launched in South Africa its Head Quarters after operating in the UK for 14 years representing African Diasporas living in the UK.  I accepted the invitation to represent the organization as the Director of Women Affairs. I gave a 10-minute introductory about Women Affairs and quoted the following:

“…to be truly empowered, women must develop their power base, advocate for reform, and exert their own leadership to change their operating environment politically, culturally, and economically.” – The Centre for International Private Enterprise (CIPE).

Note that empowerment is gender neutral.  That means, building (1) a power base, (2) advocating for reform, and (3) using one platform of leadership to change operating environments in political; cultural and economic systems is in essence the empowerment personified and manifested in both genders: men & women.

We all know the role of women in an inclusive system.  We have seen the stats and many evidence-based reports that speak of how Women continue to remain an untapped resource needed to strengthen governance and economic prosperity, despite the needle moving positively towards more woman who can hold office and run multi-dollar billion enterprises.  What is the problem?  The problems often are institutional legacies inherit in political and cultural systems. Women across the sub-Sahara continue to face formal legal barriers related to ownership of property, registration of businesses and access to commercial loans.  This has implications on their ability to participate in both a market and non-market economy.  As a response to this crisis GABC serves to be a voice of African business community bring together business from all backgrounds, including women in business, women in corporates, women in government and facilitate private sector participation in transparent policy debate advocating for reform to create a more inclusive economy.  What is unique about GABC is that unlike other organizations that are male-dominated and often under represent the importance of advocating policy solutions to promote women in the economy, GABC supports private sector organizations that better represent the needs of women in business in the policy-making process and become advocates of reform.

On the 20thNovember 2018, GABC will be hosting a roundtable discussion to help private sector organizations in countries such as Nigeria, South Africa, Tanzania and Kenya focus more strategically on recruiting and representing female members, both through internal reforms and engagement with decision-makers and other stakeholders. Combining the historical expertise of GABC engagement with business leaders and regional representatives of policy makers, this roundtable is aiming to help build the capacity of regional business associations to better engage women in policymaking process and promote inclusive growth. Building political systems that deliver is at the core of strengthening political reforms on the continent and around the world, creating sustainable development. By supporting enterprises, private sector and associations to be more inclusive of women and address the political and economic aspirations of women, GABC is strengthening socio-economic systems and assist women and the families they support become advocates of reform in their communities.

The Government Network announces the launch of their Crowdsale for the development of a borderless Nation powered by Blockchain Technology, operating from a Decentralised Autonomous Organisation (DAO).

Belize, October 31, 2018, The Government Network is building a borderless Nation powered by Blockchain Technology, operating from a Decentralised Autonomous Organisation (DAO). Its purpose is to innovate governance one step at a time through the implementation of applications serving direct market needs as drivers for the ecosystem. The goal is to build a nation, operating on a decentralised governance model, accessible and free for all, that empowers its citizens with abilities to achieve their goals independently through the power of technology.

The framework under which the different branches and procedures of the Government Network will operate will be determined by a Constitutional Convention. Here, an equally represented group of prominent experts, businessmen and humanists will be tasked with rethinking the role of government as we know it. The Constitutional Convention will be organised starting from March 2019.

The Crowdsale aims to secure $ 3 million in funding to be used for the further strengthening of the parallel task groups building the Nation, with a first focus on completing the foundation required to develop the DAO and the initial front-end applications. These applications will function as drivers for the Nation and will be equipped with a user base through partnerships. The applications include a decentralised self-sovereign identity solution, a trusted trade framework, and a basic community engagement platform.

Furthermore, the Government Network will invest in testing the different assumptions on which the Nation will be built, the onboarding of new citizens, and educating the world on our new form of governance absent of national boundaries and free from the traditional centralized national models.

Now raising capital by launching a Crowdsale through its own cryptocurrency called the GOV Token, an ERC 20 token based on the Ethereum blockchain. The Government Network Crowdsale commences on November 1, 10:00 AM GMT and will run for 4 weeks.

Any more questions? Feel free to get in touch with us!

For all other general enquiries please contact us below.

If you would like to be considered for membership please get in touch and we will advise you on the correct procedure to follow.

The information contained in this website is for general information purposes only. The information is provided by Global Africa Business Club and while we endeavour to keep the information up to date and correct, we make no representations or warranties of any kind, express or implied, about the completeness, accuracy, reliability, suitability or availability with respect to the website or the information, products, services, or related graphics contained on the website for any purpose. Any reliance you place on such information is therefore strictly at your own risk.

We may request cookies to be set on your device. We use cookies to let us know when you visit our websites, how you interact with us, to enrich your user experience, and to customize your relationship with our website.

Click on the different category headings to find out more. You can also change some of your preferences. Note that blocking some types of cookies may impact your experience on our websites and the services we are able to offer.

These cookies are strictly necessary to provide you with services available through our website and to use some of its features.

Because these cookies are strictly necessary to deliver the website, you cannot refuse them without impacting how our site functions. You can block or delete them by changing your browser settings and force blocking all cookies on this website.

We also use different external services like Google Webfonts, Google Maps and external Video providers. Since these providers may collect personal data like your IP address we allow you to block them here. Please be aware that this might heavily reduce the functionality and appearance of our site. Changes will take effect once you reload the page.